Official eFootball PES competition for Serbia, Croatia, Bosnia and Herzegovina, Montenegro, North Macedonia and Albania. Season 4 will feature these six national teams in a fight for the title of the Balkan champion!

Sinalco league is back on October 18th, with all matches broadcast live via Fortuna Esports YouTube channel as well as Sport Klub Esports TV, all the way up to December 5th.

Six national teams from the Balkan region, consisting of two players each, will compete over a two month period in a classic league format, with top4 teams qualifying for playoffs.

League format is a double round robin Best of 3, with a Bo5 single elimination playoffs bracket.

Home teams will have the upper hand in choosing which player will play versus their opponents, and if the result ends in a tie (1-1 after the first two matches), an additional match will be played to determine a winner in a 2v2 format. Match length: 10 minutes

League is played via PlayStation, using the most up-to-date version of the game (eFootball PES2021). 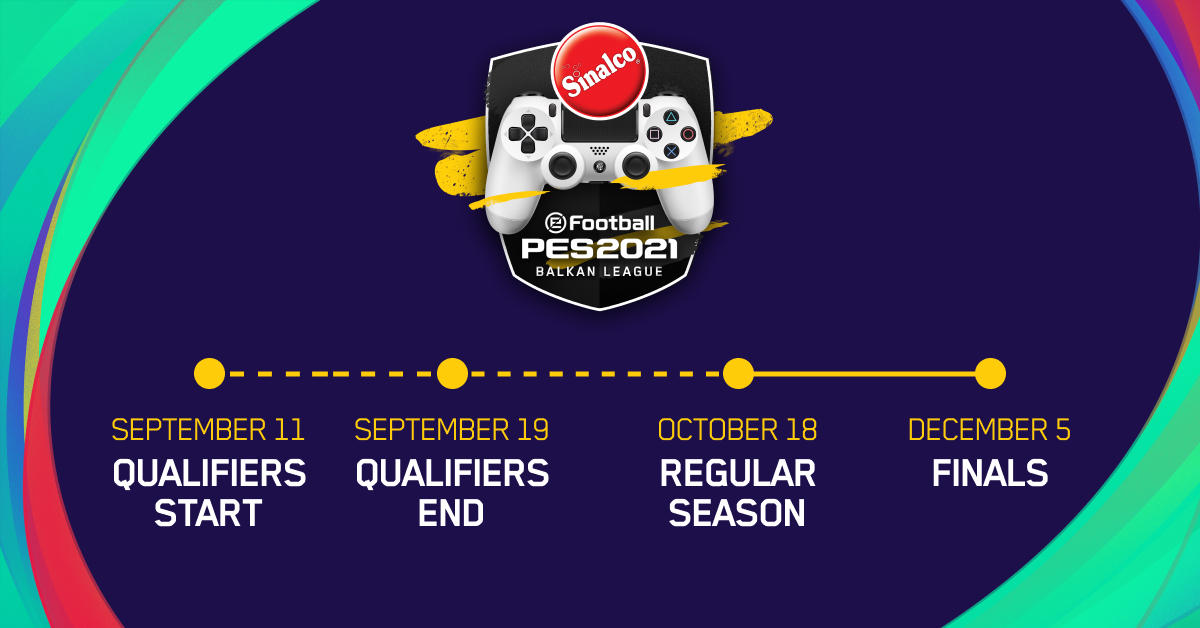 Watch Sinalco PES League live via YouTube or TV and cheer for your country!