Official eFootball PES competition for Serbia, Croatia, Bosnia and Herzegovina, Montenegro, North Macedonia and Albania will feature national teams competing against each other for the championship title!

Sinalco league will be back on October 19, with all matches broadcasted live onFortuna Esports YouTube, as well as via Sport Klub Esports TV channel, from 19. 10. To 06. 12.


For the nexttwo months, six national teams from our region, composed of two players, will go head to head in an effort to secure their share of the 5.000euros prizepool. Sinalco PES Balkan League will feature a double round robin regular season, with Best-of-3 matches. Home teams will have an advantage in choosing their player matchups in the first two games during a single Bo3 match, and in case of a tie, winners will play out the deciding third game.

League is exclusively played via PlayStation platform, using the most up-to-date version of the game (PES2021).

League format features a double round robin bracket (each national teams plays against all the rest two times during the season), with top 4 teams qualifying for the playoffs stage.

Players can choose their clubs (using national teams is not allowed).

Home players have club selection priority. Guest players are not allowed to choose the same club. 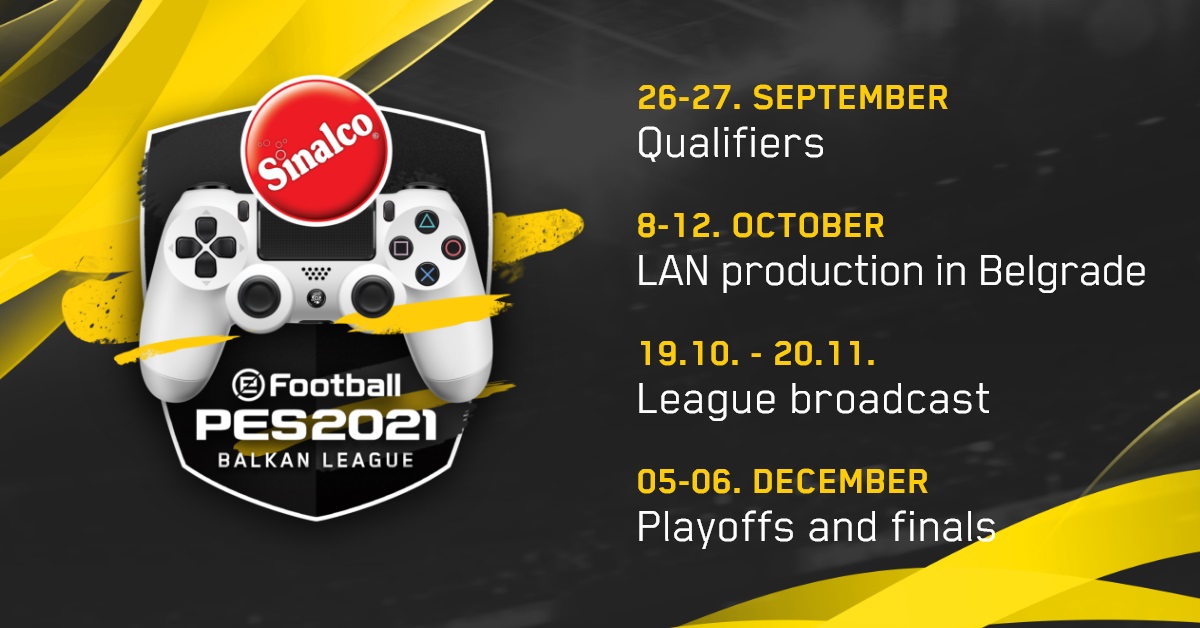 
Season 2 qualifiers are scheduled for September 26-27. Games will start at 12:00 on both Saturday and Sunday. Qualifiers sign-up will be allowed until September 24.

Each country will have their own qualifiers, and since some players have already proved their quality during our first season, they will have the honor of getting directly invited into the league to represent their country. Remaining spots will be filled through the qualifiers.

In other words, players that successfully qualify into the league will join the existing players and form their national teams.

Size, schedule and group format will depend on the number of participants.

Elimination phase will feature two games. In case of ties, away goal will be used as a deciding factor.


Tournament communication and results submissions will be conducted exclusively through Discord. Link for each country's Discord server can be found at the end of the submission form.